What’s the big deal with hashing, and why should I care?

Hashing has a wide range of applications in cybersecurity, but its primary use is to “scramble” data so that outside parties can’t understand it if they intercept it. But what exactly is hashing, and why should you care about it? Read on to learn more.

What is Hashing in Cybersecurity?

Hashing is the process of mapping data to a predetermined length using an algorithm. This is known as a hash value (or a hash code, hash sum or hash digest). If you think hashing sounds a lot like encryption, you’re right. The approaches are similar, but the intended outcomes aren’t. The main difference is that encrypted data is intended to be decrypted at some point, which is why keys are used. In contrast, hashed data is never intended to be decrypted.

What is a Hashing Algorithm?

A hashing algorithm disguises text by running it through a filter that turns it into ciphertext, meaning an unintelligible string of random letters and numbers, with all strings usually being the same length.

Password hashing enhances security by ensuring that a server never stores passwords in plaintext; only the end user knows the plaintext value of the password.

Here’s a visual of how hashing works, using an MD5 hash algorithm:

Changing the password even just a tiny bit completely changes the hash. Observe what happens just by capitalizing the first letter of the password:

That’s a completely different result, and all we did was capitalize one letter!

Hashing is a one-way process; hashed text cannot be decrypted, although cybercriminals can try to reverse-engineer the hash process; we’ll talk more about that below.

Although it’s far more secure for servers to store hashed passwords rather than plaintext, the hashing process does have limitations. A major limitation is that, if two users have the same password, they’ll also have the same password hash. Since many people use the same weak passwords, like “qwerty” and “password123,” this happens a lot, and it makes it easier for cybercriminals to attempt to reverse-engineer the hash algorithm.

Thankfully, there is a way to get around this problem: salting.

Salting is a process wherein the server adds a random and unique string of characters to a password prior to hashing it. This ensures that every password hash is unique, even if every user in the system has the same plaintext password.

Here’s a visual of how salting works:

As you can see, even though both users have the same password, the salt ensures that they have completely different hashes, which makes it nearly impossible for cybercriminals to reverse-engineer the hash. For this reason, salting is a best practice when hashing passwords.

What is a Hash Collision?

If such a collision occurs, cybercriminals can trick the computer into giving them access by logging in with a password that is similar to the original password to produce the same hash.

What Are the Benefits of Hashing Passwords?

Hashing (and salting) passwords enhances cybersecurity by eliminating the need for servers to store users’ actual passwords. Even if a cybercriminal were to compromise the password list, they would get only a bunch of gibberish characters that are nearly impossible to decode. Using unique, randomly generated salts is a best practice to ensure that even if multiple accounts use the same password, the hash values will be completely different.

How Does Keeper Use Hashing and Salting? 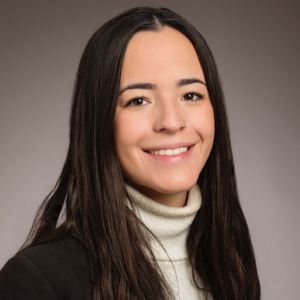 Manuela Escobar Velasquez works in digital marketing at Keeper Security and is a cybersecurity enthusiast. She spends her time researching and learning about the latest cybersecurity news to write informational blogs and social media posts. Manuela graduated from the University of Illinois Urbana-Champaign with a major in Communication.