Over the past month, Keeper Security surveyed 500 senior decision makers at SMBs to uncover more about their mindsets around cyberthreats (likely or not?) and common misperceptions (too new, too old, whose job is it anyways?). The findings underscore just how unprepared businesses are for cyberattacks.

Here are the top 6 things we learned:

#2 Leaders underestimate cyber risks and think they have better things to do
2 out of 3 respondents (66%) believe a cyberattack is unlikely (even though in reality 67% of SMBs experienced a cyberattack in the last year)
There are many competing concerns for business leaders – respondents rank recession (28%), damage to public reputation (19%) and a business model disruption (17%) as the most prominent threats to their businesses (cybersecurity was ranked last by over one out of five)
And 60% rank cybersecurity in the bottom half of priorities when compared with other business imperatives including sales, recruitment, quality of internal tools, marketing and contributing to social good

#3 The problem starts at the beginning
One out of four (25%) surveyed say they don’t even know where to start with cybersecurity
Asked what is most effective for breach prevention, top-ranking answers include: enforcing a company security policy (58%), utilizing a security vendor (52%) and ongoing employee education (48%)

Try Keeper Enterprise free for 14 days & see firsthand how it can help protect your organization from password-related data breaches & cyberthreats.

#6 Passwords policies and sentiment are improving
Nearly 7 in 10 respondents (69%) affiliate passwords with security or a first line of defense against an attack
75% of companies have policies in place that encourage or require employees to update their passwords regularly.
Among leaders surveyed, CEOs, Chairs and Owners were more likely to not know company password policies (13%)

Methodology
Fieldwork was undertaken between June 28 and July 5, 2019. All figures, unless otherwise stated, are from YouGov Plc. The survey was carried out online. The figures have been weighted and are representative of all senior decision makers at companies with 500 employees or less. 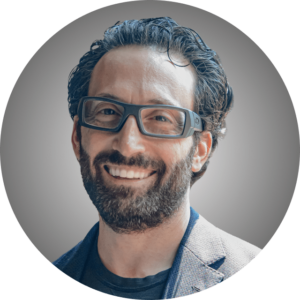 Many business customers have migrated from LastPass to Keeper over the past several years. As a result of recent news surrounding LastPass’ data breach, customers are asking what they should do to ensure passwords migrated from...