How Cyberwar is Wreaking Havoc on Small Businesses

As the world continues to change, so does the nature of warfare, where the Internet has become the main battleground for most of the world’s conflicts.

But where is this headed?

Cyberattacks have been around for much longer than you may think. The first worm was created by Bob Thomas in 1971: a malicious software that replicates itself, using some of the first world computers to spread to others.

Hackers over the years have evolved from individual hackers, to groups of hackers, to today, where entire nation states are devoting billions of dollars to build hacker farms,  launching endless attacks to access sensitive data of their competitors.

Most people had been hearing about cyberwarfare for a while but over the past few years, we’ve begun to see real world consequences when a cyberattack on a gas pipeline left thousands of people unable to gas up their car.

Cybercrime is on the rise and successful attacks are now the leading cause of bankruptcy in Small-to-Medium Businesses (SMBs).

With a wide array of sophisticated attacks in their arsenal, cybercriminals are able to gain access to organizations through stolen credentials.

How are these attacks so effective?

For starters, it doesn’t help that 60% of business users insecurely share and reuse weak or stolen passwords.

All it takes is one unprotected employee to severely damage an entire organization. This simple weakness will be exploited as long as IT teams are not provided with the right tools to monitor their team’s password habits.

Below are the most pervasive cyberthreats individuals and businesses alike face today:

Forgot your password? 80% of all data breaches are due to weak or stolen passwords

Ransomware is now a multi-billion dollar industry where every few seconds, a small business pays a ransom.

Weak passwords are responsible for over 75% of ransomware attacks, as well as over 80% of data breaches.

It is imperative that small businesses prevent these attacks by taking proactive steps such as:

Keeper’s free data breach scan can help you see if your organization’s passwords have ever been exposed to the dark web.

$5.4M is the average cost of a data breach

While the consequences of a cyberattack can be devastating for any business, small businesses are more at risk as they typically lack the cybersecurity infrastructure to protect their organization.

The fallout of such attacks affects more than just finances, usually causing a ripple effect across the organization’s reputation, pricing structure, employee morale and more.

The most frustrating part?

Cyberattacks can easily be prevented.

Protect your business for only $2 per user/per month

Keeper was named a top password manager by G2, PCMag, Apple App Store, Google Play and more for its:

Keeper Business, our simple and secure password manager, protects your business from cyberattack. Keeper is easy to set up, easy to use and affordable. Plans start at only $2 per user per month and scale based on the size of your business.

Keeper provides simple and secure password management for your business – protecting it against data breaches and cyberthreats. Plans start at only $2 per user per month and scale based on the size of your business. 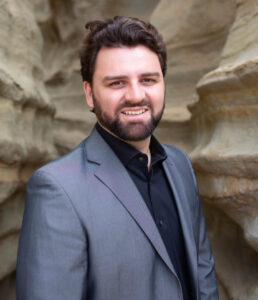 Adrien is the B2B Marketing Campaigns Manager for Keeper Security and contributing writer with over 12 years of experience in the technology industry with a focus on SaaS. Adrien now leads Keeper’s marketing efforts to raise awareness about Keeper as a leader in cybersecurity in its mission to unify critical components of Identity and Access Management and enable zero-trust transformation.