After months of leaks, the tech world’s worst-kept secret — Google’s highly anticipated Pixel 4 smartphones — is finally here. Google officially unveiled the Pixel 4 and the Pixel 4 XL at this week’s Made By Google event in New York City.

The Pixel 4 ushers in a new era of biometric security authentication on Android models. It runs on the first Android OS to support the new BiometricPrompt API. While the Android OS has supported fingerprint authentication for some time, prior to the advent of BiometricPrompt, the implementation was not consistent. It was up to individual developers to decide how to design and implement fingerprint authentication, which meant that it worked a bit differently on every app and phone model. This caused inconsistency and confusion for developers and end-users alike. 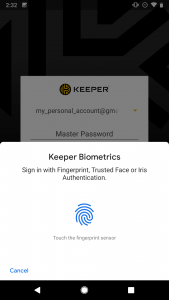 With BiometricPrompt, Google is making things uniform, wrapping different biometric methods into one, unified development API. In addition to automating a lot of the logic that developers previously had to code manually, BiometricPrompt is biometric agnostic. Developers are no longer restricted to fingerprint authentication; BiometricPrompt can be used to implement facial recognition, iris scans, and other biometrics.

Here’s where things get a bit tricky.

While Pixel 4’s Android OS uses BiometricPrompt, the phone’s hardware only supports facial recognition. Bringing this Android model in line with the iPhone, the Pixel 4 has ditched its fingerprint sensor in favor of Face Unlock, which works similarly to Apple’s Face ID.

However, as other Android models update to the latest OS, look for app developers to use BiometricPrompt to support other biometric methods. 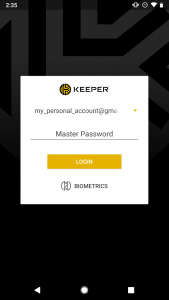 Whether you purchase a Pixel 4 or go with another model, your Keeper Password Manager is ready to come with you. Keeper is proud to be the first password manager built using the BiometricPrompt API. We are ready to support the latest biometric innovations on Android with the latest version of our app in the Play Store.

The video above was made before the release; here’s one that just posted today; it’s an in-depth review of the phone by The Verge: https://youtu.be/phZ0vwHss0I